Theatre producer Sir Cameron Mackintosh has said the lockdown measures imposed because of the Covid-19 outbreak mean West End theatres are unlikely to be able to reopen until 2021.

Mackintosh, who is one of the most successful musical producers ever with shows including Cats and Les Misérables, said that planning to reopen theatres can’t start until social distancing ends, which means early next year is the earliest realistic date.

“I think from the moment social distancing doesn’t exist any more, it will take us four to five months to actually get the actors back together,” he told Michael Ball on BBC Radio 2.

Mackintosh painted an equally bleak picture for Broadway, which was forced to completely shut down in the middle of one of its most successful periods ever because of the Coronavirus pandemic. “For major producers both sides of the Atlantic, the truth is until social distancing doesn’t exist any more, we can’t even plan to reopen,” he said.

“We will be back, but we need time to get back. If we don’t hear [about lockdowns lifting] in a few weeks, we won’t be able to come back until early next year. I think that’s quite clear.”

The Society of London Theatre (Solt) and UK Theatre, the industry body that represents nearly every British theatre, announced last month that all its members would keep their doors closed until at least 31 May. 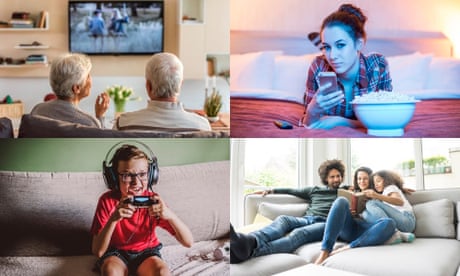 The Guide: Staying In – sign up for our home entertainment tips

Julian Bird, chief executive of Solt and UK Theatre, encouraged theatregoers to consider donations in order to help the sector, and added the decision would have a “severe impact” on the 290,000 individuals working in the industry.

The artistic director of the National Theatre, Rufus Norris, told the Guardian recently that some theatres had only days before they could go out of business and urged the government to offer more support to freelancers.

Norris’s comments followed those of the playwright James Graham who said an “aggressive government bailout” was the way to ensure the sector survived Covid-19 and without one it would become more elitist and less accessible.

Theatre has shifted online during the pandemic with initiatives including the Lockdown theatre festival, which will air on BBC Radio 3 and Radio 4, broadcasting radio versions of plays whose runs were cut short. On 26 March, the National Theatre launched its National Theatre at Home programme, which sees recordings of popular performances streamed live for free on YouTube each Thursday.

By Lanre Bakare for www.theguardian.com.

<< Ottawa: Odyssey Theatre holds a free online reading of Sheridan’s “The School for Scandal” on May 7  | Stage Door News |  New York: Red Bull Theatre LIVE streams a reading of “The Witch of Edmondton” tonight at 7:30pm >>